When my school colleagues and I started sharing our vulnerable moments, our departmental culture transformed.

As a new teacher, I had big ambitions for leadership and collaboration in my department. I wanted to feel connected to my colleagues and learn from their experiences in the classroom. However, opportunities to collaborate during common planning time or organized departmental discussions were rare.

In an effort to generate the cohesive and collaborative spirit I sought, I started leading my colleagues in monthly classroom observations and lunch discussions that I hoped would improve our teaching. I imagined we would all be sharing and building off each other’s ideas effortlessly. Instead, my colleagues and I were intermittently awkward, self-important, and guarded. During the meetings, huge sweat circles blossomed under my armpits, and I felt clueless about how to change the tone of these conversations.

What I did not realize at first was how much the choices I made in everyday interactions could lay the foundation for more formal collaboration in our monthly meetings. Through structured inquiry on the emotional dynamics of collaboration during my fifth year as a Knowles Teaching Fellow, I finally began to see how everyday interactions can become acts of leadership that shape departmental culture. I hope my story will offer an empowering new perspective to other teachers and administrators who recognize that their schools’ collaborative culture needs to change.

My year of inquiry started by investigating the emotional impact of different everyday conversations with colleagues at different times in my career. In my first year of teaching, talking with Dave1:

“Can we talk about the worksheets for the acid-base unit?” I asked Dave after his class. I had hunted him down and was still out of breath. “It seems like this makes pH overly complicated. I think maybe we can simplify it and make it more engaging with an inquiry lab.”

“Well, it has worked just fine for me so far,” said Dave, flushing defensively. He then launched into a longer justification of his approach.

In my second year of teaching, talking with Alex:

“Well, that went badly!” I announced rather jokingly to my officemate, as I plopped myself into a chair after class.

Alex threw his head back and cackled, “I know what you mean.” Then he added, “I tried this new project today in my A block. I spent hours on it, but my kids just stared at it like,” and here he mimicked a vacant look. “They were totally not interested! I have to figure out how to rework it for tomorrow.”

I laughed at his imitation. “Yeah. Don’t mind my muttering expletives over here for the next hour, while I try to figure out how to make this make sense to kids tomorrow.”

Though I wanted both conversations to re-examine teaching strategies, the first ended with a defensive withdrawal from open-minded collaboration, while the second ended with an empowering growth mindset. I began to wonder how the difference in my approach may have affected the emotional tone and outcome of the conversations.

Before my brief exchange with Alex, I felt disheartened, frustrated, and anxious. However, I made myself vulnerable by sharing about my failure. Alex responded in kind, sharing a story that made him equally vulnerable, but also expressing his growth mindset about his own teaching. His tone suggested that this process of taking risks, making mistakes, and learning from them was simply the work of a teacher. I was not a failure, I was a fellow risk-taker doing the brave work of teaching.

I was fortified by Alex’s empathic response, relieved that someone else understood my feeling of failure, astonished that even a lauded veteran teacher still took risks that sometimes flopped, and gratified that he had shared with me. I felt connected, like we were “in this together.” When I turned back to my computer to go about my work, I was no longer beating myself up about the lesson. I was ready to learn from my mistakes and improve by embracing the same growth mindset Alex expressed.

By contrast, my attempt to collaborate with Dave started with a criticism that damaged our personal connection and inhibited a growth mindset. My judgment that the worksheet made pH “overly complicated” positioned me as superior, which likely made Dave feel attacked as inadequate or inferior. His natural response to defend himself turned our conversation away from growth and change to instead argue the veracity of flaws in his past work. I wonder how different this conversation might have gone if I started instead by simply offering the idea of an inquiry lab without any pretext: “What do you think of starting our work on pH with an inquiry lab?” This open-ended question may have invited more genuine conversation, though I admittedly would have felt more vulnerable to Dave’s judgments about my own idea.

When I turned back to my computer to go about my work, I was no longer beating myself up about the lesson. I was ready to learn from my mistakes and improve by embracing the same growth mindset Alex expressed.

Looking back, I realized that there can be powerful leadership in the small choices teachers make in these everyday interactions. A willingness to be publicly vulnerable and express a growth mindset about teaching seems to be critical currency for authentic collaboration.

I decided to test this emerging theory by making more explicit attempts to share my vulnerable moments and observing whether other colleagues were also willingly vulnerable. After several months, I realized that the culture of vulnerability was becoming more of a norm in our office. Alex and I were not the only ones willing to share vulnerable moments. One day, Rachel had a pile of sugar cubes and icing on her desk. After Jimmy asked her what was up and Alex joked that he was excited that we were starting a bakery, Rachel admitted that she was struggling to keep students awake in her 90 minute geometry classes. We cheered on her idea to try a sugar-cube construction activity, and Alex offered to share his similar attempts at doing hands-on activities in geometry.

Another day, Jimmy invited Alex and me to look at his class data, broken down by gender, from the previous year. We took a moment to puzzle together over how to change the fact that female students in male-dominated classrooms ended with significantly worse outcomes than females in his more gender-balanced classes. Both of these small, everyday interactions showed that my colleagues were increasingly willing to be vulnerable with each other and help each other improve our teaching.

Being able to ask for help and receive thoughtful feedback paid dividends for my students. For example, one day months after this inquiry, I found myself comfortable venting to colleagues about my perpetual frustration with teaching graphing. “Why is it so hard!? Why can’t they remember what I taught them in September!?” They laughed knowingly at my outburst, then each shared tidbits on graphing in their classrooms.

Using their feedback, I sat down and recrafted my scaffolds, which met with major success the next week. “Oh this makes sense,” said one student. “It’s a lot like what we learned in Jimmy’s class, but more chemistry-ish.” I wish I had understood the transformative impact of being vulnerable sooner, so I could have skipped over the collaborative missteps I faced my first year and instead enjoyed the rewards of authentic teamwork.

Bottom-Up Changes in Our Department Collaboration

I think it is no coincidence that when my colleagues and I became more authentic with each other over the years, our monthly lunch discussions became increasingly animated and productive. I had started the monthly discussions in a brave, unilateral effort during my second year. As the least experienced teacher in my department, I felt incredibly insecure leading my more established colleagues in discussion. Though most of my colleagues participated supportively, initially our dynamics were awkward and hesitant. There were huge inequities in verbal participation and none of the topics we discussed had impacts beyond our lunch discussion.

Like many teacher leaders and administrators, I initially focused on structures and logistics to help improve our discussions. I thought that maybe engagement would improve by going over group norms at the start of meetings or trying different protocols or crafting superior discussion prompts. I surveyed participants for feedback and made small changes. Though our discussions improved, they still did not generate impactful change in our teaching practices.

In the winter of my fourth year, after noticing small but meaningful changes in everyday office interactions, I felt a positive change of our monthly discussions as well. Having shared vulnerable moments with individual participants, I felt more personally connected to each. Unsurprisingly, I felt more authentic leading our discussions and helping ensure equity of voice. My unfortunate armpit sweat circles shrank and eventually disappeared.

There were even more important markers of our success, though. A few new leaders stepped up in February, sharing the responsibility of leading monthly discussions. A month later, the entire group of participants agreed to collect data about our own science department’s achievement gap, examining how classroom climate issues might inequitably impact students of different race, gender, religious and cultural beliefs, extracurricular affiliations and other backgrounds. Some participants verbally acknowledged each others’ willingness to be vulnerable in collecting potentially unflattering data. This represented an exciting shift in dynamics, with more people taking ownership in discussions and tackling issues that deeply impact our students.

Great collaboration doesn’t necessarily start with finding the perfect leader, making mandatory professional learning communities or discussion groups, or handing down idealized protocols or norms. It can start with empowering colleagues to take small everyday acts of leadership, sharing vulnerabilities and having a growth mindset towards teaching. There is powerful leadership in displaying vulnerability—it breaks down barriers and welcomes others to express their own challenges openly.

I wonder how many of our students’ lives would be impacted if every young teacher felt empowered to share their risk-taking and growth mindset with colleagues in everyday interactions. I likewise wonder how many teachers’ lives would be changed if administrators modeled and championed vulnerability as an act of everyday leadership to help teacher collaboration grow organically from the bottom-up. This stance could be even more powerful than top-down directives. In my department, only when vulnerability became the norm in everyday interactions, did the culture of collaboration transform.

1 All names are pseudonyms.

Shelley Kunasek, a Knowles Senior Fellow, teaches 10th grade chemistry at Seattle Academy of Arts and Sciences in Washington. She is passionate about developing an engaging project-based learning curriculum and continually learning new teaching practices through department collaborations. In her free time, she loves to explore the outdoors with her family and craft with her five-year-old son. Reach Shelley at shelley.kunasek@knowlesteachers.org. 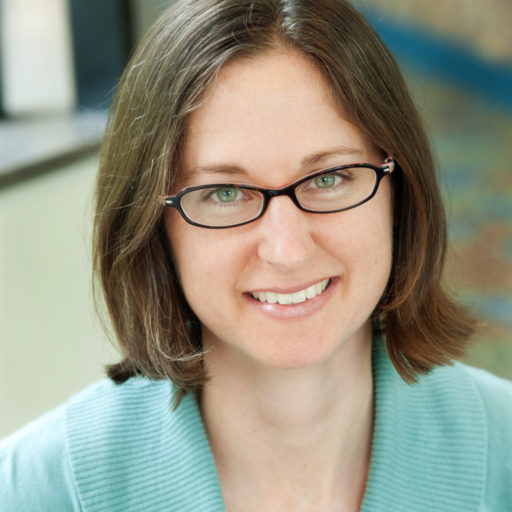