Building Relationships as an Instructional Coach

In my first year as a coach, I learned the importance of building good relationships with teachers.

“No one can learn from you if you think that they [stink].” I started reading The Art of Coaching by Elena Aguilar when I became a middle school science coach last fall, and this quote from Leslie Plettner stuck with me (2013). At the time, I knew this applied to students. I knew that students needed to understand that I, their teacher, believed in their ability to succeed, but I hadn’t really thought of how I would need to maintain this strengths-based mindset in my work with adults as well. As I finished my first year as a coach, I repeatedly thought back to this quote and realized that it was one of my fundamental takeaways from the year.

As a new coach, I was nervous about how teachers would feel about having me in their classrooms. I was especially nervous to work with Allie¹, a seventh grade integrated science teacher. She had worked with a different science coach during the previous school year, and from what I heard (from Allie, my supervisor, and Allie’s principal), it did not go well. Allie told me that she felt like the coach was there to point out flaws and that the coach’s expectations were not grounded in the reality of Allie’s teaching context.

I told Allie that I wanted to be useful in her growth as a teacher and asked what she had hoped for in a science coach. She had imagined that a coach would observe her classes and then provide constructive, usable feedback on her classroom management and lesson plan design. We agreed that I would spend the next several weeks in her classroom doing this, with the understanding that she would let me know if she felt like she wasn’t getting what she needed.

Due to my knowledge of Allie’s previous experience with a coach, I spent the first several months trying to build a good relationship with her. I knew she was hesitant to spend a lot of time with a new coach because she wasn’t sure that it would be a good use of time, so I scheduled observations followed by debriefs that were focused on the areas in which she had asked for feedback. I also participated in her team’s professional learning community (PLC), after asking if it would be okay for me to attend, every week. I wanted Allie to know that I was invested in learning about her context and in being a member of her team.

I wanted Allie to know that I was invested in learning about her context and in being a member of her team.

As I observed Allie’s class, I saw some clear strengths. For a relatively new teacher, she had good classroom management. She was very organized, always had a starter on the board, and her students knew that they were expected to be working on this before the bell rang. Allie also had deep knowledge of biology, and her passion for the subject was clear. Allie had high expectations for her students, and used scaffolding like structured notes to help her students meet these expectations. Finally, Allie had contacted a science outreach program at the local university to schedule zebrafish researchers to visit her class and let students carry out genetic crosses to learn about inherited traits. This program let Allie’s students experience science in a way that few had done before.

During these observations, I also saw some areas in which I thought Allie could improve. Allie was still in her first few years of teaching, and like many teachers (new and veteran), Allie said that she felt like she was rushing through the curriculum in order to finish in time for her students to take the end-of-year state science test. When teachers feel pressure to get through their curriculum, I have noticed that lessons often start to focus more on getting the right answer and less on providing students with opportunities to explain their thinking. Assessments also shift toward questions that assess memorization rather than process. I worried that Allie was feeling this pressure to keep up the pace as I noticed her students frequently gave one word answers that were either right or wrong; they were not often asked to explain or justify their reasoning.

Although I saw areas in which I thought Allie could grow as a teacher, I did not want to come off as another “person from the district” who was going to tell her how terrible she was at her job. So, during my interactions with Allie, both in our debriefs and in our PLC, I always highlighted her strengths as a science teacher. I would also give constructive feedback about classroom management and/or her lesson plan, since those were areas that she wanted to work on. Sometimes, these conversations would lead to topics like higher Depth of Knowledge (DOK) level questions or student engagement, and we would talk about ways that students could share their reasoning, but I never forced the subject.

During this time, I was also covering two classes of Advanced Placement (AP) Biology until a long-term sub could be found. My AP students were learning about osmosis, which is introduced in seventh grade science. I asked Allie if she would be willing to share her ideas for how to teach this concept. She described a lab she had done with students the previous year in which they tried to explain why different types of potatoes have different osmolarities. It is pretty common for biology teachers to let students test the effects of osmosis on potatoes, but I had never thought of having students test the osmolarities of different types of potatoes. I thought this sounded like a really interesting way to frame a run-of-the-mill lab. I used her suggestion and took photos of the work my students did to share with Allie. I wanted her to see that she had helped me make changes to my own teaching practice, and I genuinely thanked her for the suggestion. I wanted Allie to know that I valued her ideas. 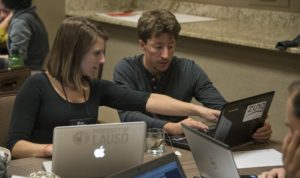 Around winter break, I heard Allie say that she is “not good” at assessment and that she thought she should be assessing her students more often. We had talked about Claim-Evidence-Reasoning (CER) at a district professional development that Allie attended, and she seemed interested in this framework. During our next debrief, I asked Allie if she would be interested in using CER in her classroom as a way to assess student thinking. She was interested but worried that she would not have time to develop CER prompts since this strategy was new to her, and she was already busy taking endorsement classes and participating in other professional development after school. I didn’t want Allie to feel like I was ignoring her workload, so I suggested the formative assessment probes in Uncovering Student Ideas in Science (Keeley, Eberle, Farrin, Tugel, & Dorsey, 2009) might be a good resource for CER prompts. I showed her a few sample probes, and Allie thought they would be useful. Allie’s principal agreed to buy this set of books for her, as well as for the other two science teachers at her school.

After winter break, Allie sent an email to ask if I would help her think of some CER prompts for her upcoming units. I was thrilled and said, “Of course!” This was the first time she had reached out. In March, Allie told me that she had been using the probes as pre- and post-assessments for a few topics. I asked if I could stop by her class to see her students’ work, and she said yes. As we looked at her students’ work, we noticed that almost every student showed a better understanding of forces on the post-assessment. Allie was very excited about this and said that she really like this kind of assessment, rather than multiple choice, because she could see what students were thinking. She is using these assessments as part of her evaluation worksample this year, and she said that she wants her professional goal next year to focus on CER.

One week in May, I mentioned that I wouldn’t be able to attend Allie’s PLC that week. Allie said, “What? Are they [the district] taking you away from us? We need you!”

The teacher I coached feels more comfortable asking students to share their thinking, and she sees value in it. I am not sure that she would feel this way if I had been more upfront early in the year about what I saw and didn’t see in her classroom.

I am glad that I will get to work with Allie again next year (and that she is interested in continuing our work). At the beginning of the year, I wondered if I should push back more and ask more probing questions about Allie’s teaching. I still wonder if we could have made more progress had I done this. However, we did make real progress. Allie feels more comfortable asking students to share their thinking, and she sees value in it. I am not sure that she would feel this way if I had been more upfront early in the year about what I saw and didn’t see in her classroom.

I left my first year as a coach with a clear understanding of the importance of building good relationships with teachers. If Allie did not know that I valued her as a teacher and saw her strengths, I don’t know that she would have been willing to make shifts in her teaching to create opportunities for students to share their thinking. I still have questions about when to focus on strengths and when to push back when working with teachers. This can be a really fine line to walk, and I’m sure that it is different for every teacher (and for every coach). However, it is always important to recognize and honor the strengths of colleagues because this lays the foundation for a relationship that can be the source of meaningful changes.

¹ Teacher name is a pseudonym.

Claire Fassio, a Knowles Senior Fellow, works for the Salt Lake City School District in Utah as a secondary science coach. Before becoming a coach, Claire taught chemistry, honors biology, and IB Biology at Hillcrest High School in Midvale, Utah, where she coached cross country and track and field. She likes to appreciate Utah’s natural beauty on a good trail run. Reach Claire at claire.fassio@knowlesteachers.org. 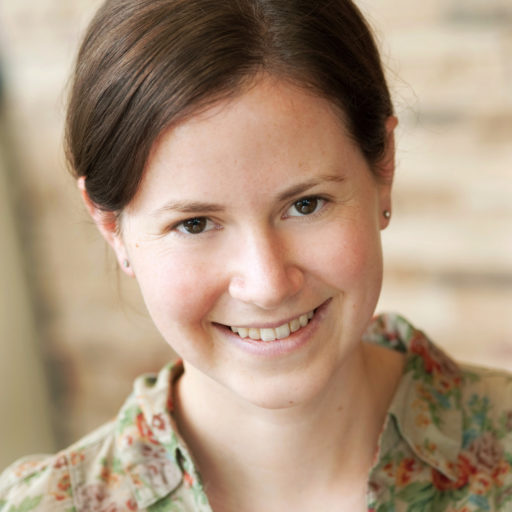 Fall/Winter 2017
Self-Talk and Sustainability
Alex Steinkamp
Why was I using my ideals as an educator to berate myself?
Read Article