Getting “Comfortable with the Uncomfortable:” Conversations About Race and Education

In this blog post, Senior Fellow Victor Chen shares how he is working to address racial inequity in science education at his school.

From September 2017 to June 2018, one or more members of the Knowles Teacher Initiative community will write a blog post each month exploring the role of small victories, mistakes and failures in their growth and learning. In this post, Senior Fellow Victor Chen shares how he is working to address racial inequity in science education at his school.

It was February of 2017, and I was sitting in the audience of the awards ceremony of a Science Olympiad competition. As I watched students cheer their fellow teammates receiving their awards, it dawned on me how few of the students participating were black. In an audience of hundreds of people, I could count the total number of black students on one of my hands. A few weeks later when was I looking up statistics from the 2015 Advanced Placement (AP) Chemistry exam, I discovered that Michigan administered 5,010 exams that year; of those students, only 3% of them were black.

These statistics upset me greatly. When I shared the AP Chemistry statistics with other teachers and students, many of them shared the disbelief that I initially had. Gaining this knowledge changed who I was as an educator and as a person.

Being aware of inequity is often times the first step in making change possible. After my eyes were opened to the racial disparities I saw in science settings, I asked two of my former AP students if they would be willing to come back and talk to some of my current students about their experiences in a college classroom as black women. Their responses were sobering as they described how it felt to be in college classrooms where the majority of students were white. One student who earned a 5 on the AP Chemistry exam spoke about how other students would talk down to her in her science classes and treat her as if she knew less than they did. The other student talked about her experience as a first-generation college student and how she struggled as a shy person to find a support system, including study partners.

Within my own school, I started asking my current and former students about their experiences in high school classes. Lauren¹ spoke about her experiences being black in honors and AP classes, and how she put more pressure on herself to succeed because of the color of her skin. She also talked about how she and others noticed that there was a higher percentage of white students in AP classes than there were in general level classes. Andre² spoke about his experiences competing at First Robotics competitions, and how it felt to be one of only a handful of black students. Over the summer, I asked my students if any of them needed space to share their feelings about what happened during the Charlottesville demonstration. Four students came into school and we were able to have an honest conversation about how we felt and what we could do as a school community in response to these types of events.

After weeks of discussions, other teachers and I began to make deliberate changes in how we approached school clubs. We assisted the Link Crew, a group of upperclassmen who work to help freshmen, in recruiting more black males since they were an underrepresented demographic. I worked to recruit more black students to our Science Olympiad team so it better reflected our school’s makeup.

The students I had been talking with also came upon a student group called the Black Awareness Society for Education, or B.A.S.E. The group was started at a nearby school in the 1990s; B.A.S.E. groups have since been started at two other local schools in the past few years. Following discussions with a B.A.S.E. advisor from a neighboring school, our students decided to start a chapter of B.A.S.E. at our school.

One of the primary goals of B.A.S.E. is to provide a safe space in which people could gather and have respectful dialogue about issues of race and equity, and to raise awareness of the issues the African American community faces in education and in society. At our first meeting, 26 students and staff gathered to watch a TED Talk video about the importance of talking about race, and had small-group discussions about why this topic is so difficult to discuss. At our meeting in November, just nine months after my eyes were opened to the racial disparities in science, I watched over 30 students and staff of different races and social cliques come together to discuss what is meant by “respect,” and share information about their identities.

As Mellody Hobson (2014) stated in her TED talk, it is “time for us to be comfortable with the uncomfortable conversation about race: black, white, Asian, Hispanic, male, female, all of us; if we truly believe in equal rights, and equal opportunity in America . . . we need to have real conversations about this issue.” While I do not believe that seeking racial equity in school clubs or starting a B.A.S.E. group will solve the many problems of racial inequity I’ve seen in science or education, I do believe that starting the conversation about race is exactly what it is, a start. 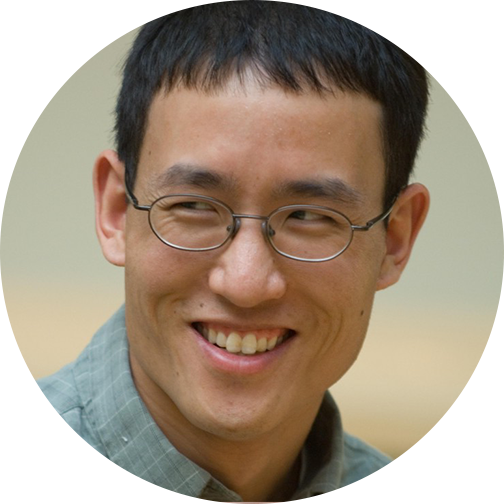