Our Future Should Be Bright: Advancing a Gratitude Mindset

A gratitude mindset cultivates optimism by emphasizing not what is lacking, but what is present.

June 8, 2015. I committed malpractice while teaching Advanced Placement (AP) Environmental Science and only realized it the following year. My students struggled with the material and mutinied against me. At my wit’s end yet still eager to salvage the course, I asked for help at my Knowles Science Teaching Foundation (KSTF) spring meeting. My KSTF Program Officer for Teacher Development at the time, Paul Wendel, suggested a style of class conversation that felt radically vulnerable for me. I decided to try it— what was there to lose?

I tasked students to create visuals about how the class was going for them while I went into the hallway to make a visual of my own. I drew a visual of a mountain whose pinnacle announced “Success!” at the end of a long, sinuous path. A class of stick figure students stood at basecamp with me, about to begin their trek to the summit, and I fervently cheered them on. I re-entered the classroom, traded posters with students, and retreated to the hallway to offer them privacy of discussion as we commented on each others’ posters in marker. Finally, I returned and we all debriefed. Students were brilliant, and their feedback was both sincere and sensitive. Rather than simply cheering them from afar, students added images of me at each curve along the path, pointing and coaching students with how to navigate the challenging path to success. What transformed my perspective the most, however, was the orange sun a student drew next to the summit, annotated, “Our future should be bright.” Therein held the key to my malpractice: I was teaching an environmental dogma of doom and gloom rather than how to discern evidence and logic from fallacious argumentation, or how to weigh risks in complex systems. I unwittingly painted a bleak future for students, substituting the age-old shame of original sin with the modern-day sin of consumption: because we must consume to live, and human consumption is killing the planet, our mere existence is something we ought to be ashamed of. Oops.

The brown mountain visual was created by KSTF Senior Fellow Kelsey Johnson; the other elements were added by her students. (Photo by Kelsey Johnson)

The American Dream, a notion that your hard work moves you toward a bright future, is optimistic by nature and polar opposite to the notion of doom and gloom. A recent national poll (Luhby, 2014) revealed that the majority of Americans do not believe in the American Dream or that it ever existed. When a person lacks faith in her agency to improve her lot in life, then her ambitions reflect that narrowed scope, actions become dampened and achievement subdued. Is there a pattern of moving away from optimism about our futures, as represented by the American Dream, taking hold in our collective psyche? If so, why? Social scientist Brene Brown (2012) identified shame as an epidemic in our society. She explains that shame decries, “I am bad,” and narrows in one’s sense of self-worth, whereas guilt declares, “I did bad,” and can be reconciled without causing an identity implosion. Because shaming so effectively manipulates people to spend money (which they may not have) on material possessions (which they may not need), it surrounds us as a marketing tactic in the modern world. I’ve seen one concrete impact repeatedly: students flaunt expensive technology and sneakers while their more essential needs, like nutrition, suffered. There is a different way to allocate our material and emotional resources.

I propose something profoundly simple: a gratitude mindset whereby one practices noting and appreciating positive attributes of all situations. This idea is not new; I’m reframing a Zen adage, “In this moment nothing is lacking; in this moment there is always something to be grateful for.” Similar to Carol Dweck’s growth mindset, which cultivates learners’ sense of intelligence as malleable and dynamic, a gratitude mindset cultivates optimism by emphasizing not what is lacking, but what is present. When we appreciate, we sidestep the contemporary conditioned response of shame for what we lack (in wealth, sex appeal, status, relationships, physique, material goods …).

Well who cares? What if we let go of the American Dream? Let us take wisdom from Ma Joad, Steinbeck’s (1939) heroine during the Dust Bowl of the 1930s, when her future was anything but bright:

She seemed to know, to accept, to welcome her position, the citadel of the family, the strong place that could not be taken. And since old Tom and the children could not know hurt or fear unless she acknowledged hurt and fear, she had practiced denying them in herself. And since, when a joyful thing happened, they looked to see whether joy was on her, it was her habit to build up laughter out of inadequate materials. But better than joy was calm. Imperturbability could be depended upon. And from her great and humble position in the family she had taken dignity and a clean calm beauty. From her position as healer, her hands had grown sure and cool and quiet; from her position as arbiter she had become as remote and faultless in judgment as a goddess. She seemed to know that if she swayed the family shook, and if she ever really deeply wavered or despaired the family would fall, the family will to function would be gone. (p. 74)

A gratitude mindset cultivates optimism by emphasizing not what is lacking, but what is present.

Collective fear and shame pose risks greater than a family’s broken dreams. German citizens’ shame after WWI provided a leverage point for a young, charismatic leader who offered an antidote: superiority and nationalism. People traded their civic freedom for dictatorship, shame for nationalist pride. Shame provided an opportunity to manipulate the psyche of a nation, allowing Hitler to rise, legally, to power. Today leaders at all levels—from classroom teachers to elected officials, game designers to filmmakers—could cultivate optimism for a bright future that empowers people against the tide of shame, especially those forces being manipulated by people with nefarious intentions.

How does this relate to teachers? Harold Benjamin points out the urgency of having goals inform curricular design in his classic educational satire, The Saber-tooth Curriculum . Is our aim to “get these children to do the things that will give more and better food, shelter, clothing and security” (2004)? Individuals in modern society have needs beyond basic food and shelter, but can we identify our students’ most pressing needs today, let alone address them? What do students need most in order to achieve a bright future? Let’s ask the clinical experts: teachers.

Today leaders at all levels—from classroom teachers to elected officials, game designers to filmmakers—could cultivate optimism for a bright future that empowers people

KSTF Teaching Fellows from across the United States prioritized the needs for modern day education in a recent internal poll. We advocate for teaching basic literacy and numeracy within contexts of more complex topics such as how the systems that govern the Earth and the universe work, conflict resolution, financial literacy, media literacy, current events and foreign policy, nutrition and fitness, sex education and mental health awareness and strategies. Two participants summarized the big picture: “how shit gets done in the world,” and “the overarching idea of how to think and exist in society as a full member. It speaks to issues of equitable access to big ideas that are commonly known by some and not by others.” Clearly, there is much work to be done in classrooms to prepare students to be full members of society.

I am so grateful for my students’ honest feedback and insight about my malpractice. The activity itself immediately changed the rapport of the class—they realized that I wasn’t trying to embarrass them, and I realized that their mutiny was grounded in feelings of fear and the need of more support. Being willing to be vulnerable to hear each other’s points of view was pivotal for this transformation. Moving forward, I explained the rationales for assignments more clearly so students understood how it was designed to benefit them, chunked assignments into smaller more frequent segments, and asked for feedback more often. Class became a learning environment for the first time that year. Students no longer mutinied; instead, they verbalized when they felt overwhelmed and the class psyche healed. May their lesson to me pay forward and help renew our collective will to thrive, to believe in the core principle that our hard work pays off, and to teach our youngsters to pursue the American Dream with imperturbability and a gratitude mindset. Their futures should be bright.

Kelsey Rasmussen (née Johnson) is a Knowles Senior Fellow whose curiosity about the natural world and love of the outdoors inspire her on a daily basis. While earning a master’s degree in geochemistry from the University of Michigan, she researched trace-level mercury pollution in Arctic snow. While serving as a graduate student instructor for a field course in the Rocky Mountains, Kelsey discovered her passion for teaching. Kelsey taught science in the Philadelphia public school system for five years, including four years at George Washington High School and the founding year at The Workshop School, an interdisciplinary, project-based high school. She is currently launching an engineering program at Erie High School in Erie, Colorado. Kelsey can be reached at kelsey.rasmussen@knowlesteachers.org. 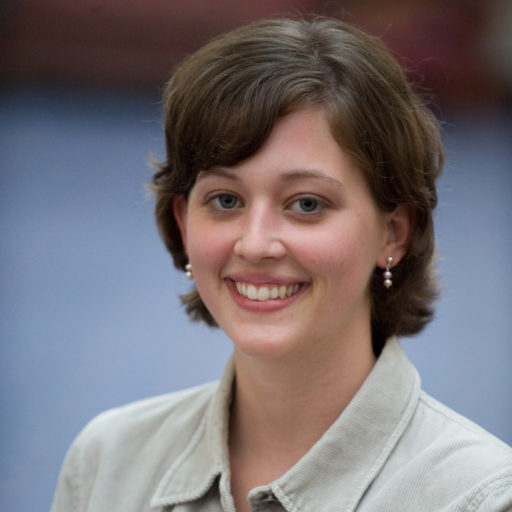